I joked to one of my friends that the only vice I have left is swearing–I don’t drink or smoke or eat junk food or lie or even watch T.V.–but she assured me that I have other vices. The nerve, right?! But I think I found one.

The other day my family and I were walking back from shopping when I decided to dodge one of the fire stove “popping machines” that you commonly see on street corner here in China. It makes a popcorn-like treat and, when it’s ready, has this booming noise that scares the bejeesus out of my daughter. So my husband went towards the popping machine while my daughter and I  took a long way around and encountered fresh wet cement. We jumped over it–as the area wasn’t roped off and no sign was posted–but then a strange and sudden urge took me over. My eye spotted a narrow scrap piece of PVC pipe by a tree stump and I picked it up. Before I knew it, I had written Hannah’s name in the wet cement. Hannah asked “what’s the big idea” but then she added a smiley face after I pitched the pipe.  All of a sudden it hit me–I probably just committed a crime, in broad daylight, in China, with my daughter as an accomplice. What kind of parent am I?  And all the mischievous fun that spurred this impulse suddenly vanished and I felt awful–like nearly wanted to cry because of the shame and guilt that was summoned up by my reflection of this event.Why had I indulged in such a frivolous action? I had spoilt the wet cement and there was no way to fix it. What had I done?!!!!

When I came around to the other side of the “popping machine”, I confessed to my husband who shot a barb–“Judy, they’re cameras everywhere! They totally know it’s you!” He was right. This is a police state. I was certainly busted. Inside, you would have thought I had killed someone. I was ready for the police to handcuff and cart me to jail. For at least 15 minutes, I was definitely imprisoned, in my mind, awaiting trial and execution. However, when Ryan realized that I was seriously upset, he tried to console me–“They will probably think, ‘oh wow, cool, it’s English’. Don’t worry.”

And it occurred to me–why am I beating myself up? I  can’t go back and fix it. My action was silly and irresponsible, certainly not a good role model for my daughter, but it wasn’t dastardly. I didn’t harm anyone. The real crime is if I don’t forgive myself and move on. 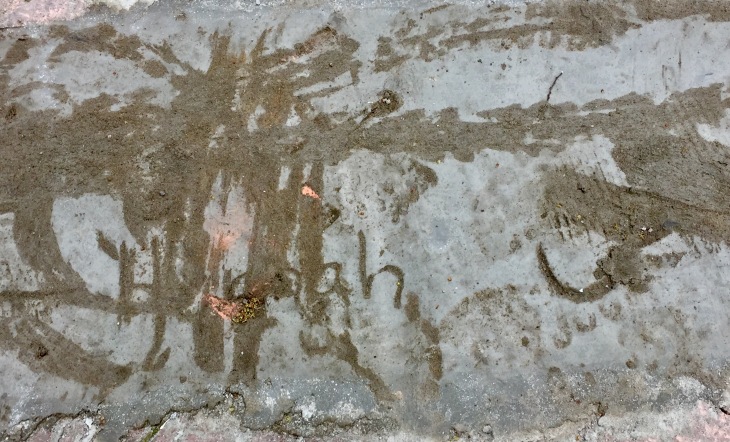 Weeks have passed now since I first started writing this post and I finally summoned the courage to take a look at that spot where I had written Hannah’s name in the wet cement. When I saw it, I laughed out loud because it was sullied with bicycle tire marks and footprints. You can barely make out my writing.

Although I had intentionally defaced the sidewalk, there were numerous amount of people who had unintentionally done the same. Did that make them “bad” people? Do you think they lost sleep or mildly trembled with the thought of their carelessness? Doubtful.

I am still pondering the lesson of this wet cement and the inability to forgive myself. Did I suffer such a strong reaction to such a minor infraction due to the fear of getting in trouble in China or because I was a poor example to my daughter? Not sure, but I know that it was my perspective that caused my self-disappointment, and it has made me reflect on what other trivial things I beat myself up for that aren’t really probably worth the time or effort.

Can anyone relate to this?

A long time ago I had a friend from Senegal who used to admonish me for telling kids at camp to finish their food because “there are starving kids in Africa”. He would tell me that there is so much more to the continent of Africa than kids with bloated bellies and he didn’t want me to spread this message. It has taken me years to finally grasp what he meant. I owe him a sincere apology.

I reckon most people from the western world don’t travel to countries in Africa unless they want to go on safari or are involved in some religious/charity work. I don’t know what compelled us to journey to South Africa exactly but we ventured there during our long Chinese New Year holiday. It’s been, hands down, the most amazing time spent as a family.

From the moment we boarded our Ethiopian Airline’s flight in Shanghai, the whole atmosphere of the airplane was different. It was a full flight with seeming strangers but I immediately felt like we were apart of a community, in which fellow African passengers helped each other with their luggage, made jokes and referred to each other as “brother” and “sister”-even though they were not even related.  I am not a person who knows much about the history and culture of many African nations, but it was obvious to me that they shared some common values which were easy to connect with, no matter the age or language barrier between them. I’ve done a lot of traveling but I’ve never experienced anything like this before. Needless to say, it left an impression on me. 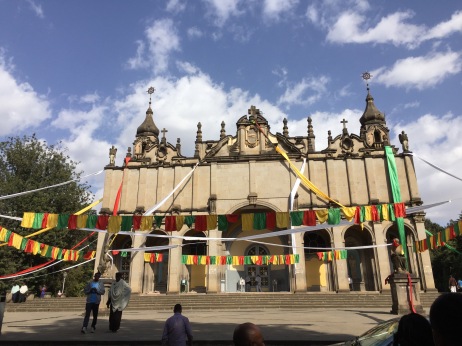 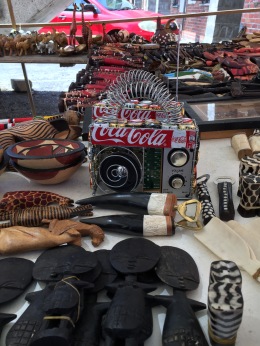 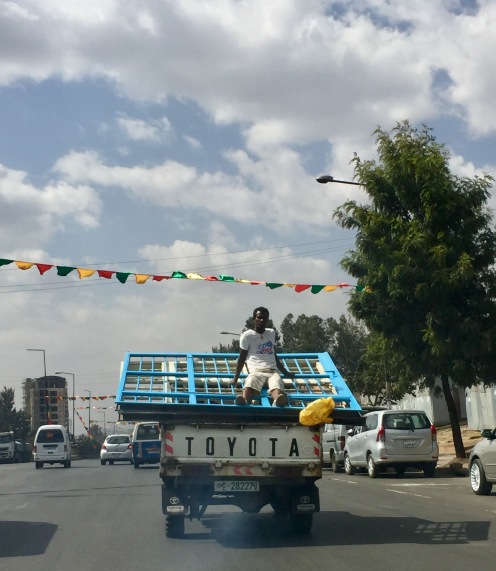 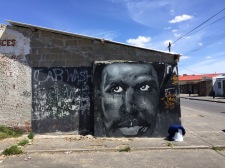 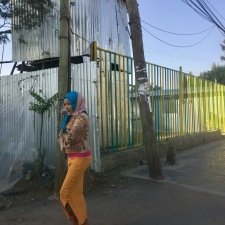 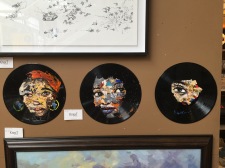 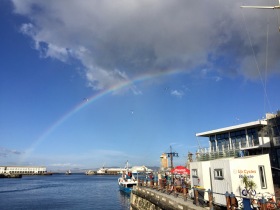 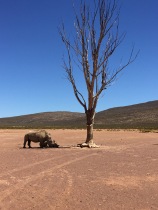 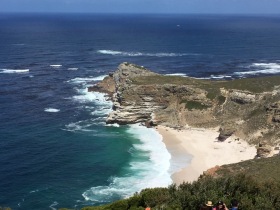 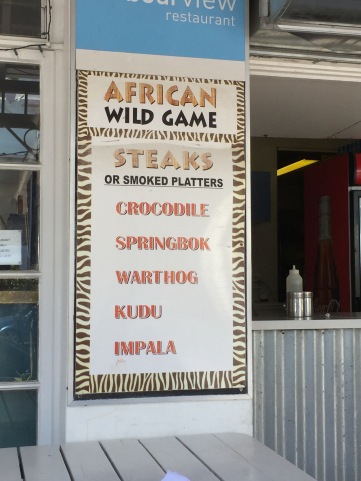 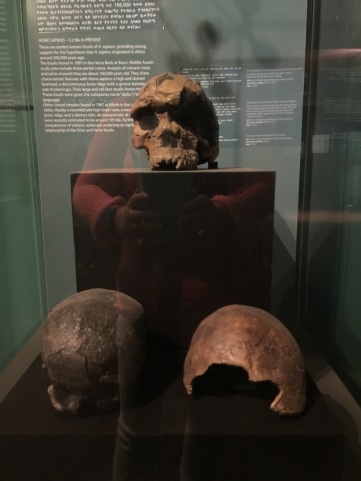 I’ve known quite a few people who feel drawn to the soils of Africa and now I totally get what they cherish about it. Even though I only spent time in Addis Abbas and Cape Town, I believe that you can be anywhere in Africa and have a similar experience. And what experience is that? An experience of breath-taking beauty–not just of nature but of the human spirit. And it was a place full of contradictions, particularly between poverty and wealth. It’s really hard to even relate this in words. Words can not capture what it is that I want to say, but I am utterly grateful for my experience there. And, I urge you, the reader, to go visit and experience for yourself. And if you keep your mind and heart open, I believe that you will have an unforgettable experience that will leave an indelible mark on your consciousness. 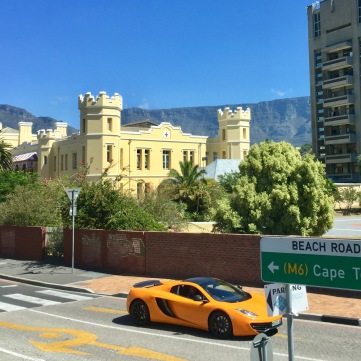 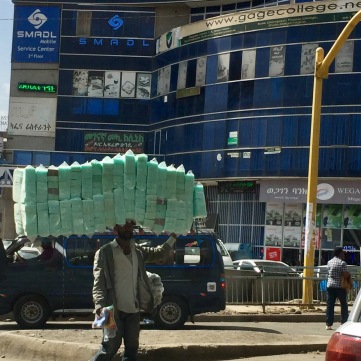