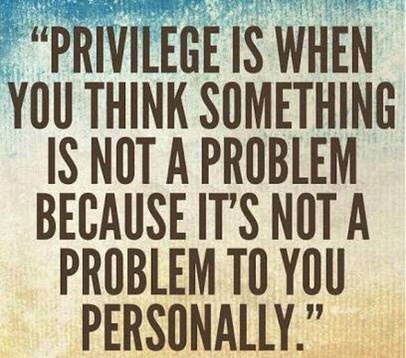 When I was 14 years old, I ran away and lived on the streets in Atlanta, Georgia for several weeks with my best friend at time. Thinking of all the terrible things that could have become of me is baffling and nothing short of miraculous, however we were taken in by a couple of neo-nazi skinheads who sheltered and fed us during this time. (Yes, even neo nazi skinheads can be caring）One night we went to a skinhead party with them and I met a “white power” skinhead named Christopher and we talked until a fight broke out. What intrigued me most about Christopher was that he was a young African-American who believed that something was inherently wrong with him and that he should be subservient to white people. I was confused by him. Up until then, I had never really thought much about race, but after that, I absolutely knew that I was in the wrong crowd and I needed to get away from these skinheads.

Although this part of my life story is embarrassing, interesting and complicated, I have to leave it there. Obviously, it left an indelible mark on me. And my story has a happy ending since I am writing this today. Clearly, I am lucky to have a loving family who has always supported me through my troubled times. 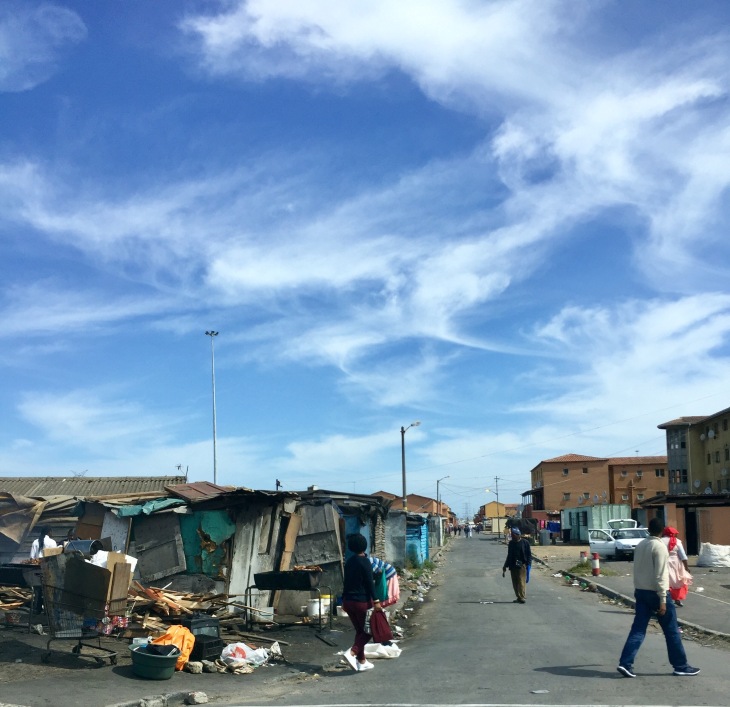 Although it may not be as obvious in places like America, it is blatantly clear in countries like South Africa in which race inequality is apparent.

However, it was the first time I became aware of my white privilege. I wouldn’t expect most white people to identify it let alone acknowledge it, but I know it’s a real thing. Not only have I experienced it first hand but I’ve lived its opposite vicariously through my husband, an Indo-Guyanese, and witnessed it with others. And no matter where I go, in South America, the Middle East, Asia or now in Africa, the attitudes toward race are consistent: the paler your skin is, the better. This attitude that was imprinted during imperialistic times still is in different cultures today.

Lately the international news is full of all things American- mostly the social discord brought about by Trump’s presidency. In particular, women are protesting him and his vision of “greatness”. However this has struck a chord with women around the world and these protests went global. Undoubtedly this confuses Trump supporters, men and women alike, with them thinking that he has been fair enough to women. Perhaps white women are “privileged enough” but what about the women of color- whether black, brown, yellow or red?-maybe they are tired of slathering on whitening cream and putting on pants to justify that they deserve a fair shake at the benefits afforded by men-especially white men- men like Donald Trump- who never had to make difficult choices about whether to buy food or diapers for his children. It seems clear to me that there is another perspective to this reality tv show called American politics that is being reflected across the oceans,  and ideas about race and gender are being challenged.

All I know is there seems to be a day of reckoning that is upon us as we hold our collective cultural beliefs up to the light.  This is a time for reconciliation, courage and thoughtful action. To be unaffected by these events seems impossible and it has definitely stirred up a lot of emotion, even for non-Americans. As I am a tourist here in South Africa, a nation still grappling with its recent past of apartheid, I am wondering if I treat my fellow humans with the dignity and kindness that should be afforded to all people, or am I just being “good enough” to them.

From my Christian background, this is one of those bible verses that clings to my heart and reminds me that kindness and understanding should be my compass as I encounter others.

I know that I can’t change the inequities of the world but I can change my behavior as I interact with others. I can see others in their humanity and embrace the differences between us. I can acknowledge that their struggles are real and offer them genuine compassion- not pity or indifference- but respect for who they are and encourage them. We are all one. I truly know that with every fiber of my being. The Catholic faith taught me that first and my life experience continues these lessons. I can be more forgiving, more patient, more willing to see others’ perspectives.

I do not know if this “enough” but I feel that this is the soundest action to take in the moment.